The mint family is a clade of 7,000+ species that produce an array of natural products through specialized metabolism, including mono- and sesquiterpenes. Knowledge of terpene pathways in mints is currently limited, as is our understanding of their evolution. To address these knowledge gaps, this project will investigate the genomic basis for terpene biosynthesis in cultivated lavender populations (Lavandula spp.), which display considerable variation in terpene types and abundances. As desirable traits are targeted and proliferate through lavender populations, strong positive selection for genes underlying these traits reduces genetic variation in neighboring genomic regions due to linkage, resulting in “selective sweeps” of target and non-target genes. As part of this study, we will explore selective sweeps to aid discovery of genes involved in terpene biosynthesis in a lavender diversity panel exhibiting novel and shared chemistry. We will map resequencing data from accessions of common cultivars to a new genome assembly for Lavandula and identify sweep signatures using the open-source software, Raised Accuracy in Sweep Detection (RAiSD). The sweep data will be characterized and correlated with cultivar-specific metabolite profiles, revealing candidate genes and biosynthetic gene clusters associated with specific metabolites and facilitating inferences of their chemical evolution. 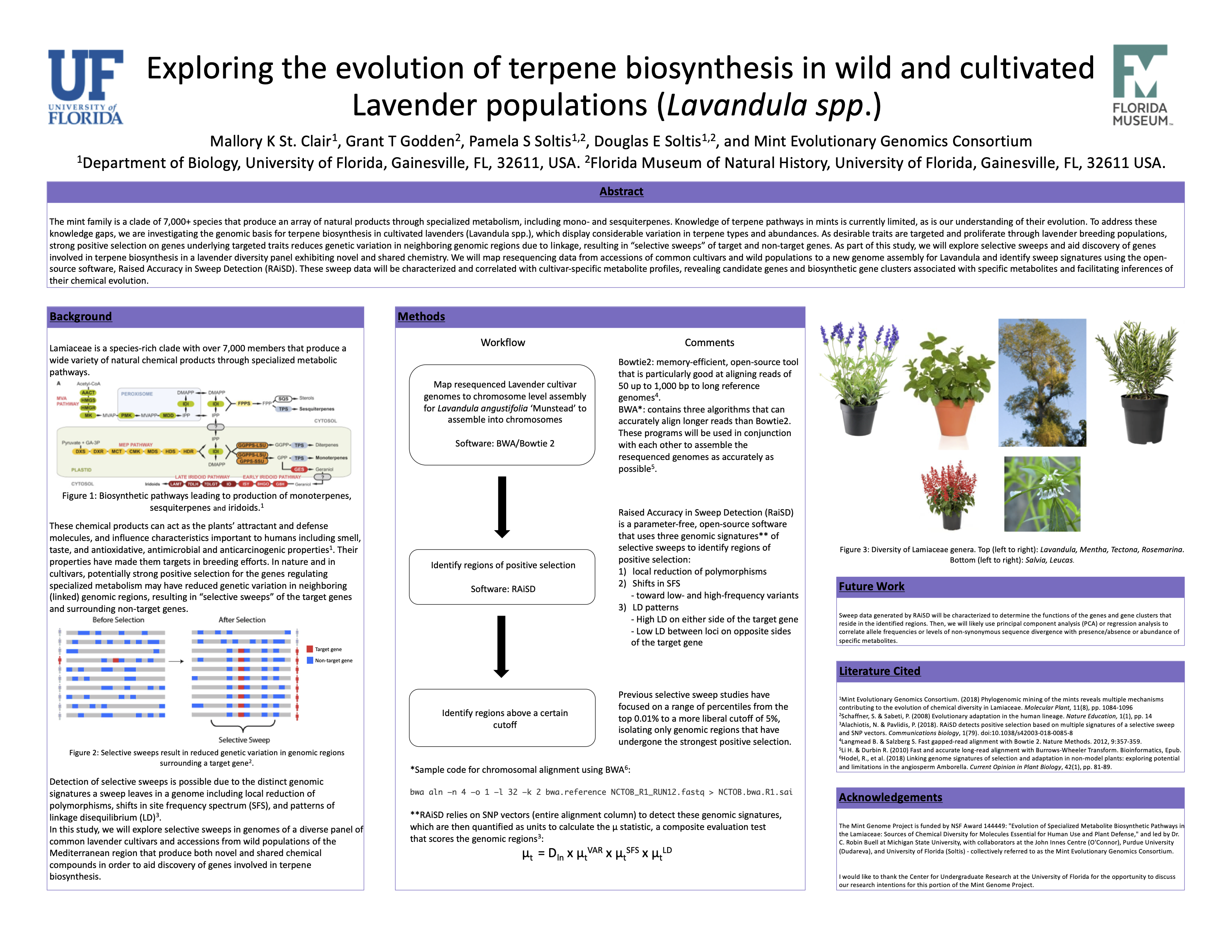