In its Apple, Inc v. Pepper opinion, the Supreme Court suggested that an antitrust violation could involve allegations of both unlawful monopolization and unlawful monopsonization. We analyzed the economic consequences of both sequential and simultaneous offenses and find that although injury remains the same in all cases, cognizable damages differ between sequences, because the standing rules prevent the injured parties from claiming their full damages. This results in ill-gotten gains for the violators and creates incentives for further illegal collusion. 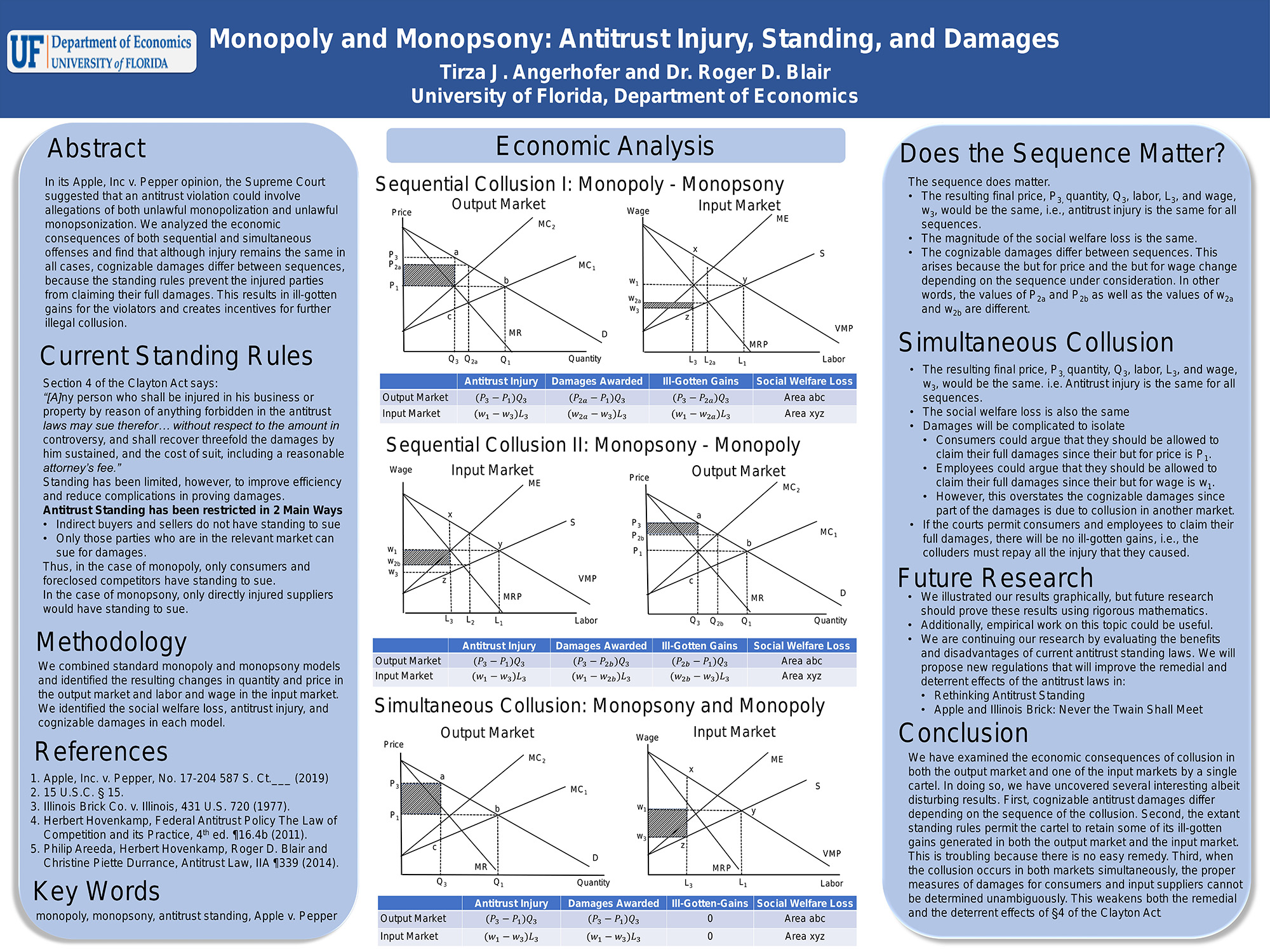