The 1930s saw a migration of African Americans from the United States to Paris, France in efforts to escape racial inequality. This was a little over a decade post- World War I where a great amount of African Americans were deployed in the French city and opted to settle there once the war was over. Attraction to the country dates back to the French Revolution which held the motto “Liberty, Fraternity, and Equality,” and nineteenth century African American visitors who wrote highly of the country’s race relations. Famous names in the black community that took part in this migration are; writer, poet, and activist James Baldwin and singer, Josephine Baker. France has since banned collecting “race” on official documents and took the word out of their constitution, entirely. While France is viewed as a colorblind country, in this research I will be addressing the validity of this social phenomenon. I will also be analyzing why African Americans were attracted to the country as well as how they, along with other non-white ethnic groups, were treated in France. 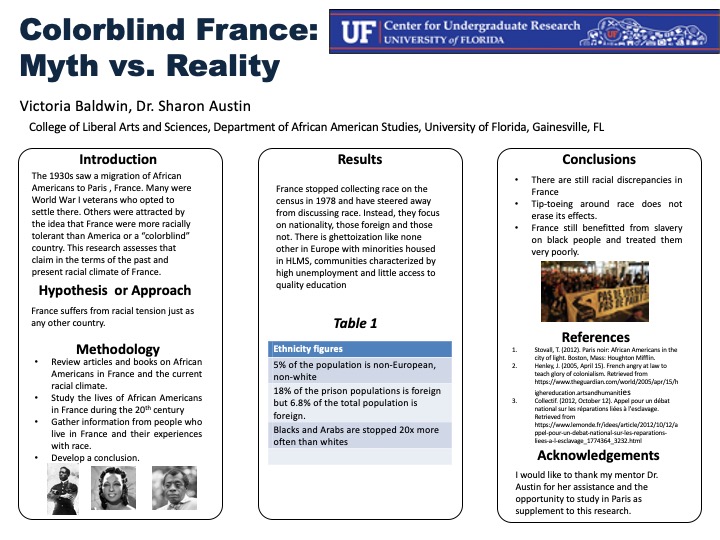