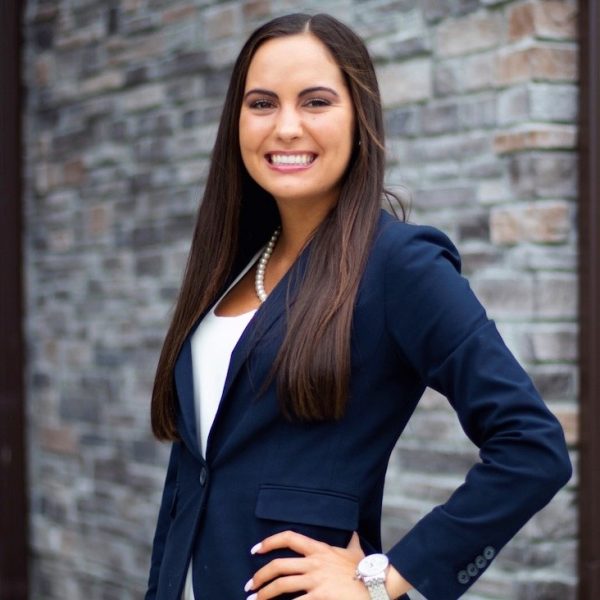 Gun Violence in the United States: Comparing the Impacts of Gun Control and Gun Ownership Rates on Firearm Homicides and Suicides

This article examines the relationship that gun laws and gun ownership rates have with firearm homicide and suicide death rates in the United States. Gun law data was obtained from State Firearm Laws’ database which classifies the presence or absence of 133 different firearm law provisions in each state from 1991-2016. Results indicate that gun ownership rates are associated with lower homicide rates, but higher suicide rates. Similarly, several gun laws had opposite effects on homicide and suicide: may-issue laws and junk gun bans were both associated with higher homicide rates and lower suicide rates, while the age 21 limit for handgun possession and trafficking prohibited laws were associated with lower homicide rates and higher suicide rates. There were, however, two laws that were negatively associated with both homicides and suicides: violent misdemeanor laws and the ban on large capacity magazines. Overall, there doesn’t seem to be a “one policy fits all” solution because homicides and suicides are extremely different from each other and are disproportionately contributing to the firearm death rate. Nevertheless, preventing high risk individuals from obtaining firearms seems to be one of the most effective measures at reducing total gun deaths in the United States.

This is very relevant research considering the current climate we’re in. Thanks for sharing!

Nice presentation and interesting data. The challenge to researchers like yourself studying social phenomenon with correlational data is the limited ability to make causal assertions. The data are often open to alternative interpretations and it is hard to control for third variables.

It would be interesting to re-examine the relationships you examined by race. African Americans are rarely the victims of suicide but often the victim of homicide. The reverse appears true among white Americans. Of course, the mean difference doesn’t tell us anything about the correlation…

Hi James, thanks for your comments! I completely agree with both of your observations and I actually talked a lot about the problem of reverse causation, omitted variable bias, and different races when it comes to homicide compared to suicide.

It is indeed very difficult to assess causation in a paper like mine, which is why more advanced statistical methods like a differences in differences approach would be better(I explain this in my paper). But even then, it is so hard to assess causation when it comes to gun laws/gun ownership because every state is so different with their demographics, crime rates to begin with, etc.

Thanks again for your insightful comments!

Hi! This is a very comprehensive research and I learned a lot from it. It is very difficult to determine which is the best gun laws, and what is best for the country. I came from a country that bans guns totally from citizens. The data shows that homicide, suicide, and the murder rate in my country is much lower, However, for the United States, a country that has gun rights at the beginning, it is very difficult to ban it. And thus, I think the problem needs to be discussed more in the future to figure out a balanced solution.

I’m glad you learned a lot! And I agree. It’s a very complex issue. That’s very interesting to hear about your country. What often happens is countries that ban guns end up seeing the substitution effect (e.g. substituting suicide by hanging for suicide by firearms), so their overall rates of homicide or suicide don’t actually decrease, but of course this varies by country. It is very difficult to ban guns in the U.S. for the reason you mentioned (we have strong gun rights and the highest rate of gun ownership among all countries), so yes, I also think there has to be another solution and much more research needs to be done.

Thanks so much for your comments!

Great job! Your topic is very relevant and interesting. I am curious if you looked into the effect of gun control laws on alternative methods of suicide at all when conducting this project? For instance, if a state passes a strict gun control policy that decreases gun-related suicide, does it have the opposite effect on alternative methods of suicide?

Thank you! I did not look into that specifically but it’s something I’m very interested in. In fact, in a future paper, I’d really like to study the effect of gun laws/gun ownership rates on TOTAL firearm suicides and homicides, so that I can see the true effect and know if certain gun laws are only decreasing firearm-related gun deaths, or if they’re actually decreasing total gun deaths. I think that’s a great observation you had and definitely something that should be researched more!

Good job. I just saw something on the news the other day that said that stores are running out of ammunition. I wonder if the reason for this is based on fears about gun control. In other words, people believe that they will have to face additional gun control restrictions.

Hi Sharon! Thank you! And yes, I saw that as well, and I do think the current situation we’re in with the corona virus and also the fact that some states are wanting to become more strict with gun control has caused a lot of citizens to rush to buy guns while they can. It’s really interesting what’s happened with gun sales recently. I haven’t looked into it enough but that’s just my guess. You could be right.

Thanks for your comments!

Great presentation Madeline, I think this topic needs to be looked at more especially when talking about school shootings just in the past couple of years. The kids that end up with these guns and start these shootings and end their own lives is horrific. My question is do you think younger kids make up a large percentage of these gun outbreaks or do you feel like it is mostly people who are 18+? Maybe parents need to have a gun safe policy enforced so kids can’t get access them as easily? Interested to hear your thoughts.

That’s a good observation and I agree, it’s horrible. I do think a large portion of mass shootings are young adults, but I haven’t done enough research to know the average age. From the research I have done though, it appears most mass shootings are by young white males–probably close to an 18 year old average but like I said, I don’t know if that’s correct.

Yes, that could certainly be a good policy idea! I worry that it would be difficult to enforce without infringing on parents’ rights to buy guns, but I do like the idea. It’s definitely something to look into!

I am really glad that you did such an in-depth study on the impacts of various different gun control policies on the various different types of problems that people seek to address through said policies. There truly is no “one-size-fits-all” approach. I hope that you are able to further refine your methodologies to better assert causation between policy and phenomenon so that your research can guide future policymaking decisions. Do you have any plans to do this? I would love to hear about it!

I am really glad that you studied this issue with such an in-depth approach examining both the various types of gun control policies that exist as well as their effects on the various types of problems that said policies seek to address. There truly is no “one-size-fits-all” approach. I hope you are able to further refine your methodologies to be able to better assert causation and then use that to have a major impact guiding future policymaking decisions on this issue. Do you have any plans to do this? I would love to hear about them! Great work!

Thanks for your comments! I agree and I would really like to use a more advanced statistical method (such as a differences in differences approach) in the future, because it’s very difficult to assess causality with my paper–especially with the potential problem of reverse causality. I’m actually about to graduate and start a full-time job in Finance so it’s unlikely any time soon, but I am still considering grad school in a few years, so we’ll see if I get the chance to do a more in-depth study on this. I hope so!

Hi Madeline, Just circling back to your presentation and going through a bunch of other ones. Is the unit of analysis in your study the state? That is, you have 50 states each with it’s own homicide rate, suicide rate, gun policies, etc?

Thank you so much!!

Madeline, your project is so interesting! Your presentation was so smooth, informative, and professional. I think the topic is extremely important and especially relevant today.

If you were to enact a law to help decrease homicide and suicide rates, what kind of law do you think would be most effective? I know you said that preventing anyone with a history of violence from having access to firearms seems to be one of the most effective ways to reduce total gun death rates, but what about people without a history of violence who may misuse firearms?

Thank you so much, I really appreciate it!

That’s a tough question as the effectiveness on various laws is so controversial in the literature, but I personally think what we need more than anything is tougher/better laws when it comes to mental illness. Background checks don’t accurately screen for serious mental illnesses (a problem I go into detail about in my paper) due to states not being required to submit that kind of private date to the NICS, so there are way too many guns in the hands of people with very serious mental illnesses who shouldn’t be allowed to purchase them. That’s a huge problem for both homicide and suicide rates (especially suicide rates from the research I’ve seen). So I’d like to see background checks improve their mental illness screening in addition to screening for criminal histories. Also, I think it would be a good idea to require some kind of handgun training course for everyone who plans to carry firearms in public so that we can be assured most concealed carriers know how to handle their firearms. A permit for concealed carry is currently required in some states, but not all.