The Turnout Effects of Spanish-Language Voting Materials in Florida

Prior to the 2018 November midterm election, voting rights activists filed a lawsuit claiming that 32 counties in Florida were in violation of Section 4(e) of the 1965 Voting Rights Act (VRA). Following a preliminary injunction, the 32 Supervisors of Elections (SOEs) were required to implement Spanish-language election materials to assist Puerto Ricans who lacked proficiency in English. Treating this policy change as an as-if randomized natural experiment, we assess the impact that the preliminary injunction had on Puerto Rican and Hispanic voter turnout in the 2018 election. Employing a Difference-in-Difference approach, we hypothesize that exposure to Spanish-language election materials should increase the likelihood of Puerto Rico-born individuals and, more broadly, voters born in Latin American countries or self-identified Hispanics, to turn out to vote in 2018 relative to 2016. We find that Florida voters born in Puerto Rico and Latin American countries, as well as Hispanics in general, have no higher turnout in 2018 compared to 2016 in the 32 counties targeted by the lawsuit. These null findings may be the result of a lack of compliance by SOEs. Our findings are the first to estimate the possible impact on turnout of this abstruse provision of the VRA. 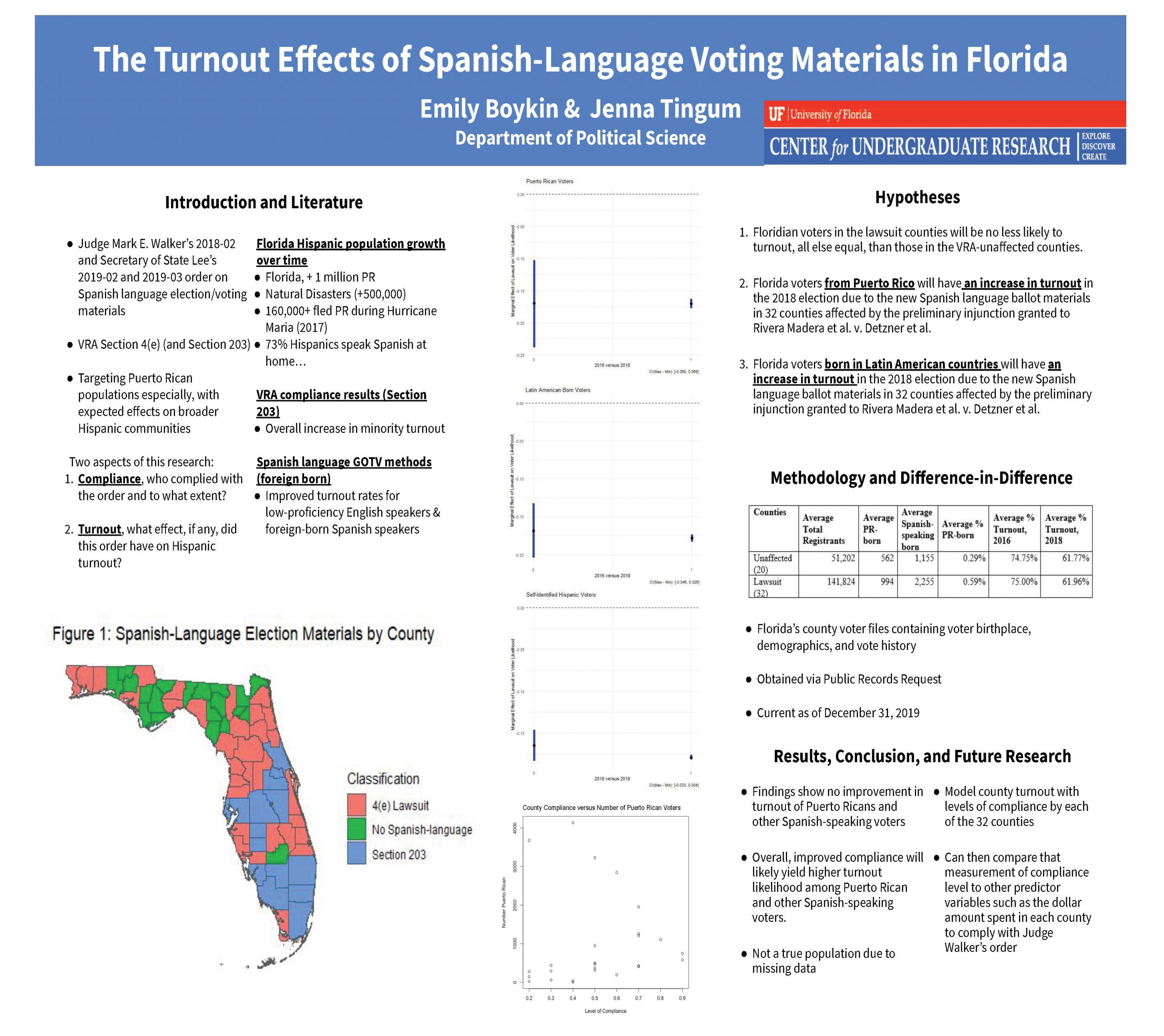