In the world of education, role-model effects typically involve a teacher, professor, or mentor (the role model), and students (those who benefit from the role model). The existing research in this area focuses on who role-model effects benefit and what the results of the effect mean for gender differences in education. Positive role-model effects of professors on undergraduate students’ expectations about their futures may help reduce the gender gap in education. To study this question, an electronic questionnaire was administered to University of Florida economics majors in Spring 2020, asking about students’ expectations about the labor force. Data from completed questionnaires was used to regress aspirations about the labor force, measured by asking students the percent likelihood that they would feel accepted, enjoy, and earn an acceptable amount in a certain field, on the gender proportion of students’ reported favorite professors. Publicly provided professor evaluations serve as proxies to determine if a professor excelling at their job has more of an effect than does their gender. The resulting regression conclusions aim to predict the effects of a faculty role model “like you” on a student’ beliefs and expectations about the labor force. 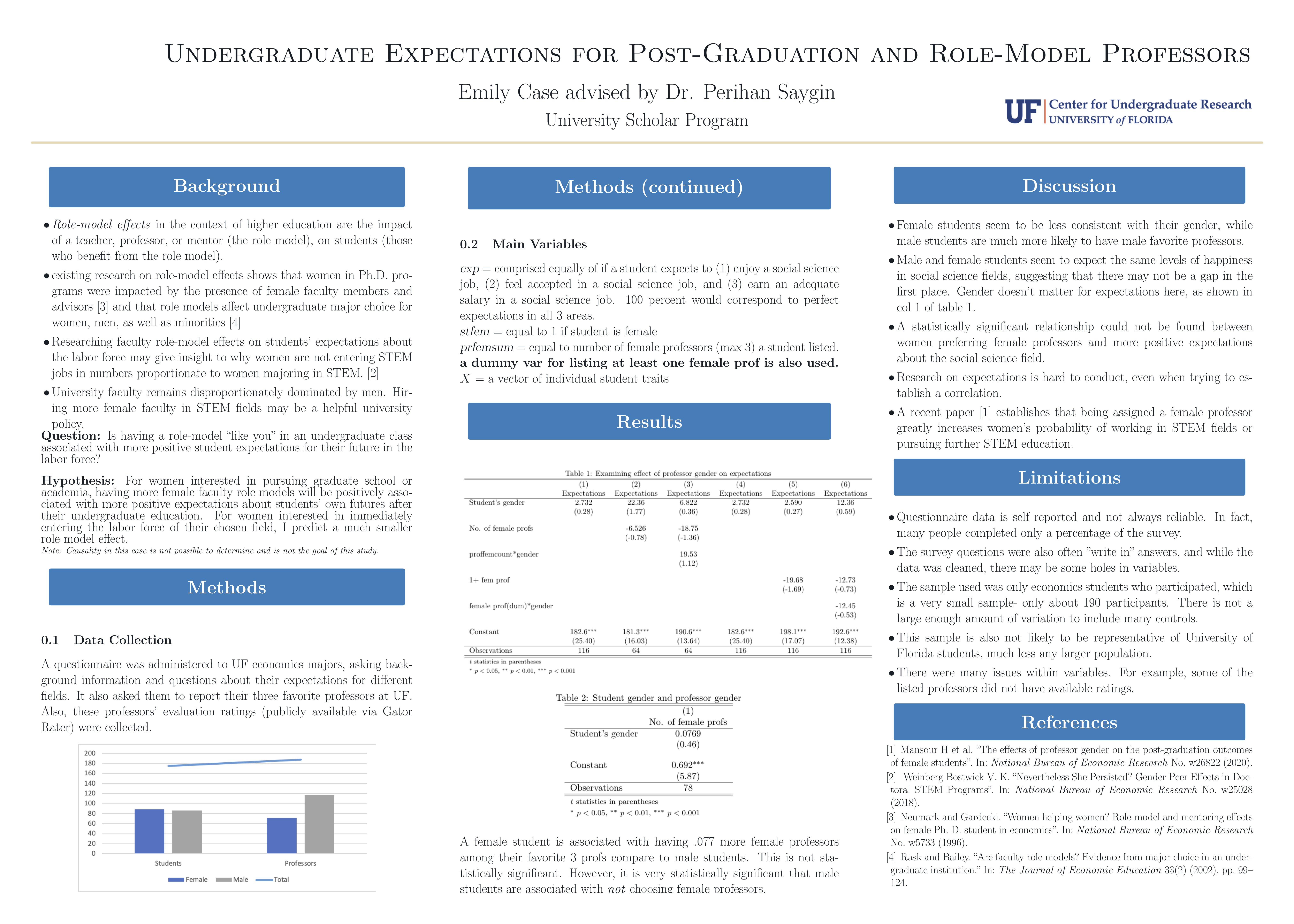