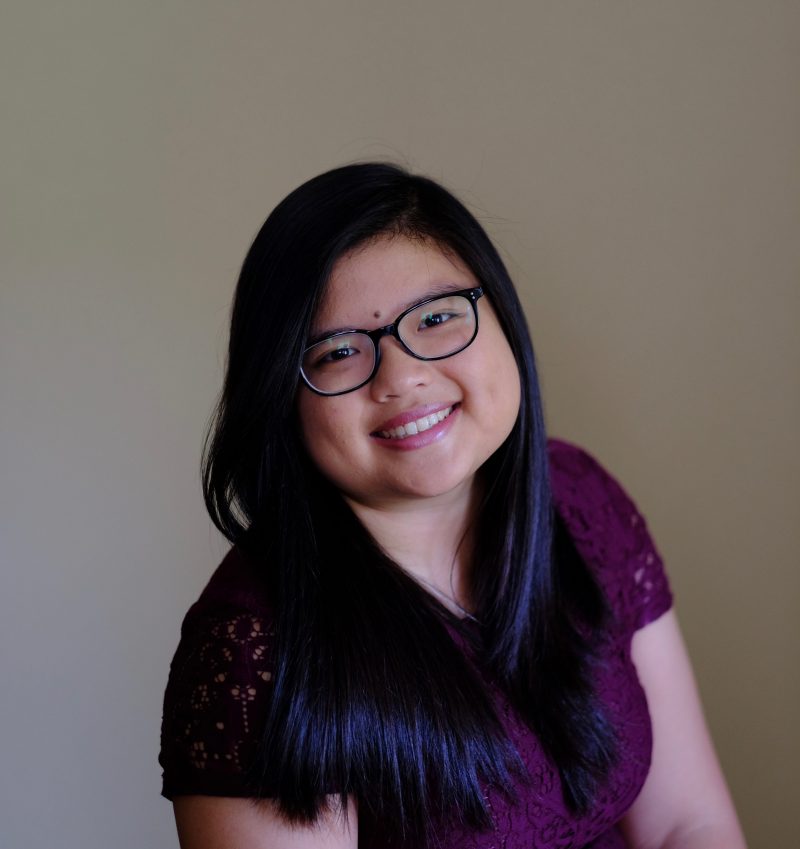 Fire and vegetation interact in complex ways over space and time in southeastern U.S.A. pine savannas. Fires filter for plant species that are able to persist after fire, and those persisting plants fuel the subsequent fires. Although we know variation in fire intensity alters local plant species richness, it is unclear how this varies across soil moisture gradients and fire history. We tested the effects of fire intensity on the species richness of understory plant species in dry and mesic pine savannas that differed in fire history: long-unburned (>20 years), infrequently- (3-5-year fire intervals) or frequently-burned (1-2 year fire intervals). Within the two savanna types and three fire frequencies, we randomly selected trees and arranged plots to test whether fire intensity and plant species richness differed between driplines (i.e., where pine needles increase fuel loads) and inside driplines where duff often accumulates, especially in long unburned sites. We found that species richness is greater in mesic than dry pine savannas. Initially, there was an interaction between fire frequency and intensity, which decreased over time. Overall, frequently burned sites had significantly more species than long unburned sites. Spatial variation in fire intensity, especially in fire-frequented pine savannas likely promotes high biodiversity. 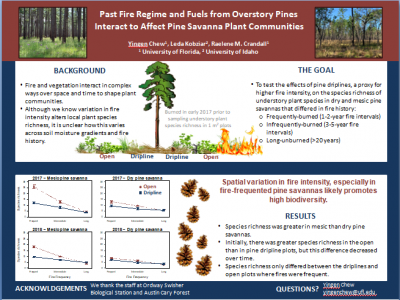 Thanks for checking my project out!

This research is really interesting! Fire ecology is something I think is quite important (and fun!) so I enjoyed learning about your project. Do you think, that with your results, there are any implications that land managers should consider with varying habitats and fire schedules? Great stuff!

HI Callie! Yes I do believe that there are implications that land managers should consider with varying habitats and fire schedules. I think they should match up patterns based on the moisture gradients and their distance from the dripline.

Nicely done. I enjoyed learning about your research and learned a couple of things about driplines, etc. Your poster was well thought out and communicated effectively.

Nice study! I was curious about the decrease in the difference in species richness over time between open and drip line areas. Do you know what is driving that? Are species being lost from the open areas over time or gained in the drip lines?