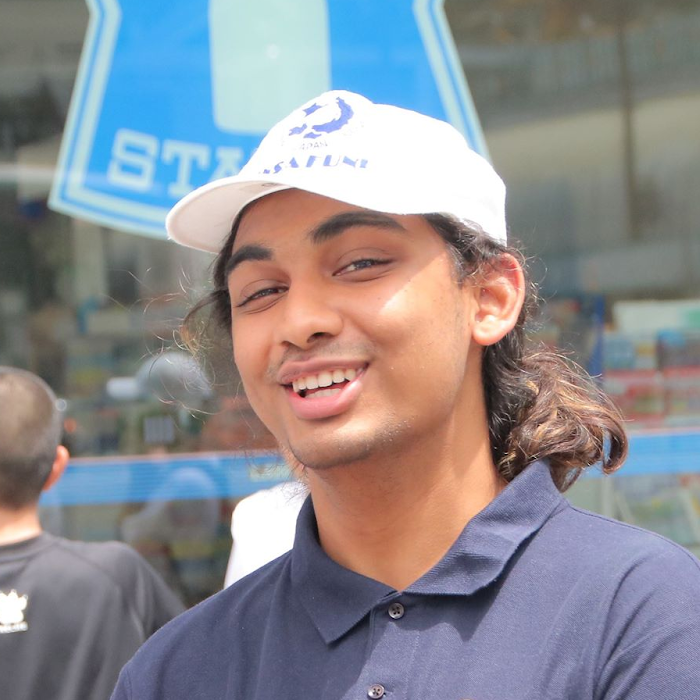 The vagal nerve is one of the thirteen cranial nerves. One of its branches, the auricular branch, has connections into the concha of the human ear, and propagates signals to intercranial subcortical and cortical structures. This branch can be indirectly stimulated through the skin of the ear by a method called transcutaneous vagus nerve stimulation (tVNS). tVNS has already been shown to have effects on working memory, inhibition, and associative learning. We are now interested in seeing if tVNS has an effect on sustained attention. In our study, we presented adult monolinguals with a statistical learning task. During this task, participants listen to a stream of speech sounds for ten minutes where they must click a button every time they notice when a syllable is immediately repeated. Participants did this task over two different sessions, one with tVNS and one sham session without stimulation. If tVNS does have an effect on sustained attention, we would expect there to be a significant difference in reaction time and/or accuracy on this task. Data collection and analysis is still ongoing, though we hypothesize that tVNS will result in the formation of stronger memory traces and thus an improvement in reaction time and accuracy. 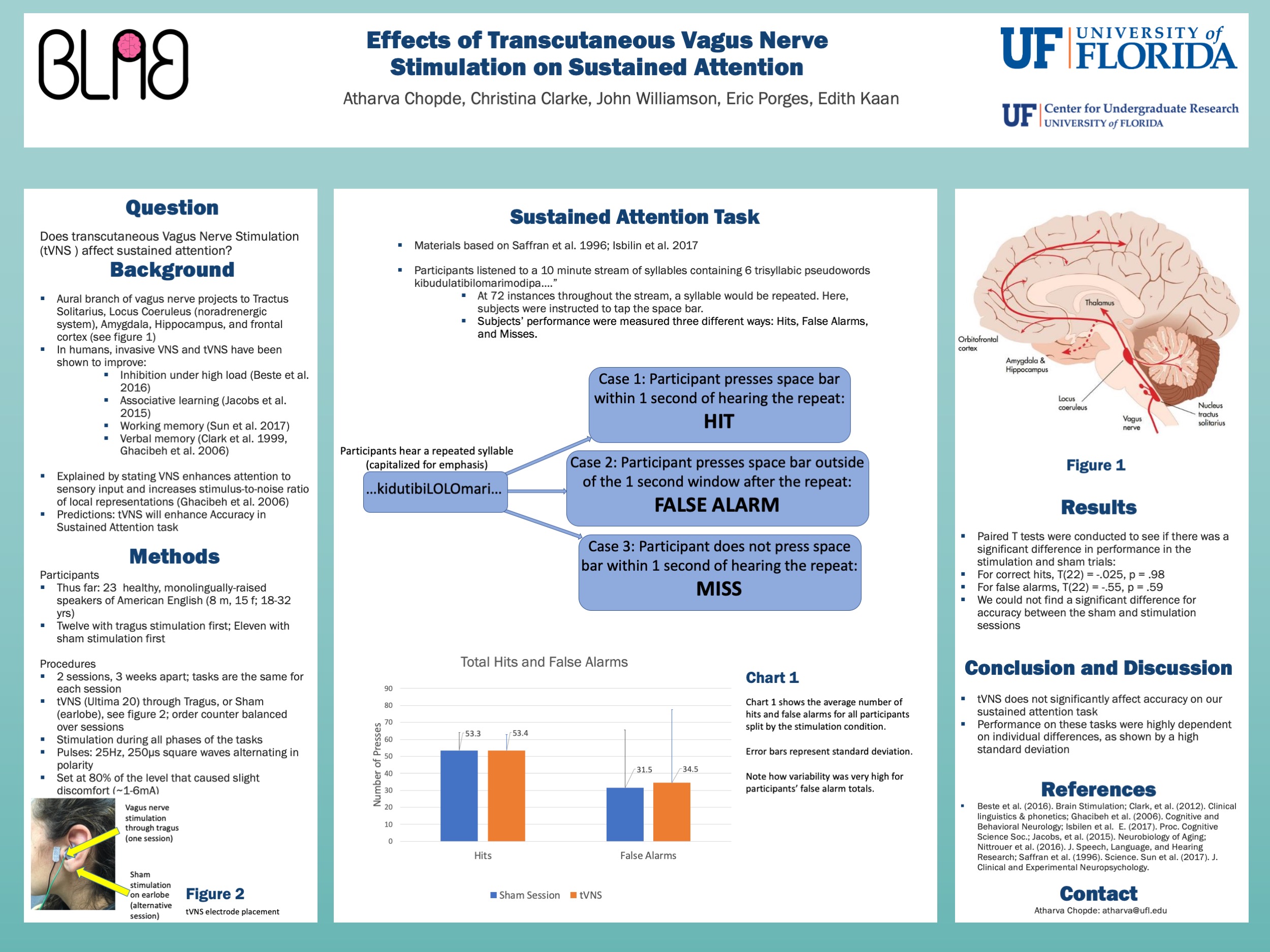