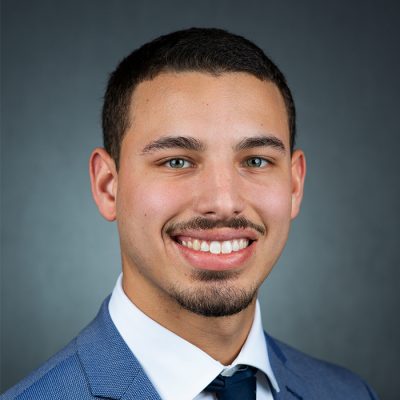 Florida is the twelfth largest producer of beef cattle in the US. The subtropical climate in Florida means most cattle breeds have a difficult time growing and keeping themselves cool. A gene originally found in Senepol, called SLICK, helps keep cattle cool under heat stress. SLICK is an allele of the Prolactin Receptor (PRLR) gene that causes cattle to have a shorter and sleeker coat. The purpose of this research project was to determine if the SLICK allele exists in Brangus cattle from Florida and, subsequently, determine if this allele has an effect on hair coat. Hair and blood samples were collected in 2016-2017 from 117 cattle from the Seminole Tribe in Okeechobee, Florida. The SLICK allele is identified by a deletion in PRLR. The deletion was genotyped by conducting a polymerase chain reaction (PCR) and subsequent restriction digest. The DNA fragments were separated using gel electrophoresis. The genotypes of the cattle were determined based off fragment size. The three possible groups of genotypes were wild type (700bp + 200bp fragments), heterozygote (700+500+200), and mutant (500+200). There were 12 heterozygotes, but no homozygote mutants were identified. The length of the topcoat and undercoat were measured in millimeters. The measurements were then compared to the genotypes using the program R. There was a numerical difference but no statistically significant difference in the hair length between the heterozygotes and wild-type genotypes. 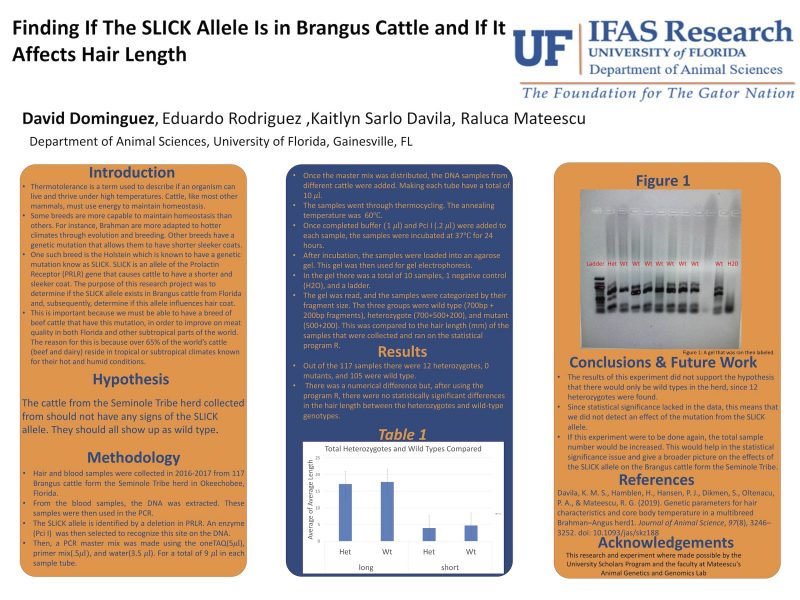