This research project analyzes the UN voting records of countries that have received substantial aid from China as a part of the Chinese BRI initiative. Chinese investments have raised concerns, especially in the United States and European Union, because of their size but also because of their lack of political conditionality. Unlike Western aid, which is usually accompanied with demands for democratization, transparency and the rule of law, Chinese investments make no such demands on the host governments. Given the Chinese lack of respect for human rights, at least in the eyes of the West, there are also concerns that the Chinese aid might be detrimental for human rights in the recipient countries. This study analyzes the voting record of states that have received substantial Chinese aid on human rights resolutions in the UN from 2001-2013. The data shows that the recipient countries are likely to align their UN votes with China, but not necessarily to the detriment of human rights. Close analysis of the resolutions passed by BRI partner countries show that most of their votes affirm human rights, which does not support the expectation that Chinese aid has a negative impact on the existing global human rights regime. 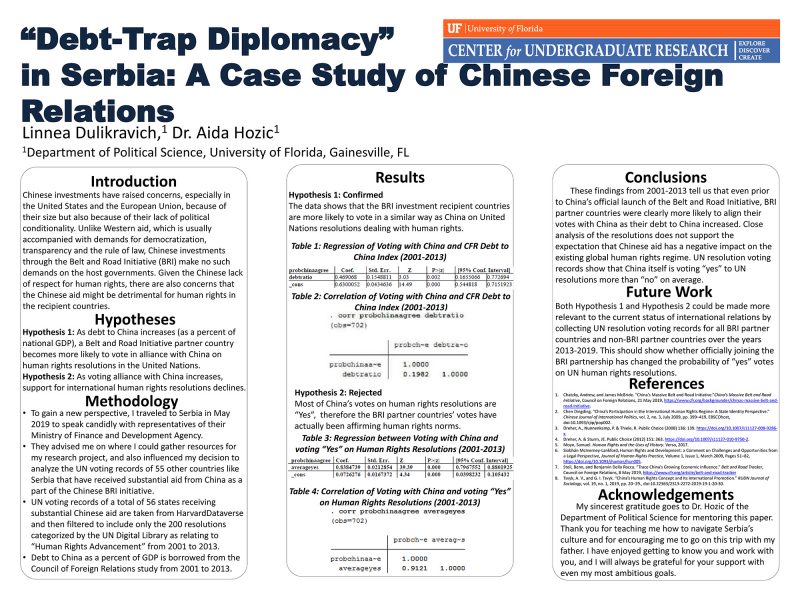