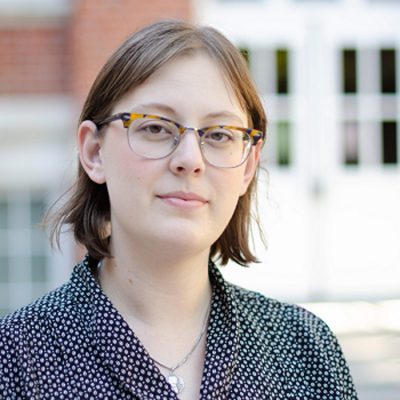 Since the end of the Spanish-American War in 1898, the island of Puerto Rico has been under the dominion of the United States, a colonial action justified by U.S. officials under the banner of “Americanization,” or the goal of educating Puerto Ricans on democratic values and self-governance in preparation for some uncertain future form of economic and political sovereignty for the island. Education was at the core of this Americanization project, yet my research explores how the U.S. pedagogical mission in the first twenty years after the Spanish-American War was twofold. As educational practices on the island sought to transform young Puerto Ricans into patriotic sympathizers, U.S. popular culture, mass media, and imperialistic narratives simultaneously instructed a mainland American public on expectations for Puerto Rican identity and behavior. My research focuses on two windows onto the methods of empire building via ideological and pedagogical control within the early period of U.S. presence in Puerto Rico: the 1904 Harvard and Cornell Summer Schools, which instructed 540 Puerto Rican public school teachers in the English language and U.S. pedagogy, and Spanish-American War-era adventure novels, which presented a Puerto Rican setting as a fictionalized playground to an intended audience of young, white American men. 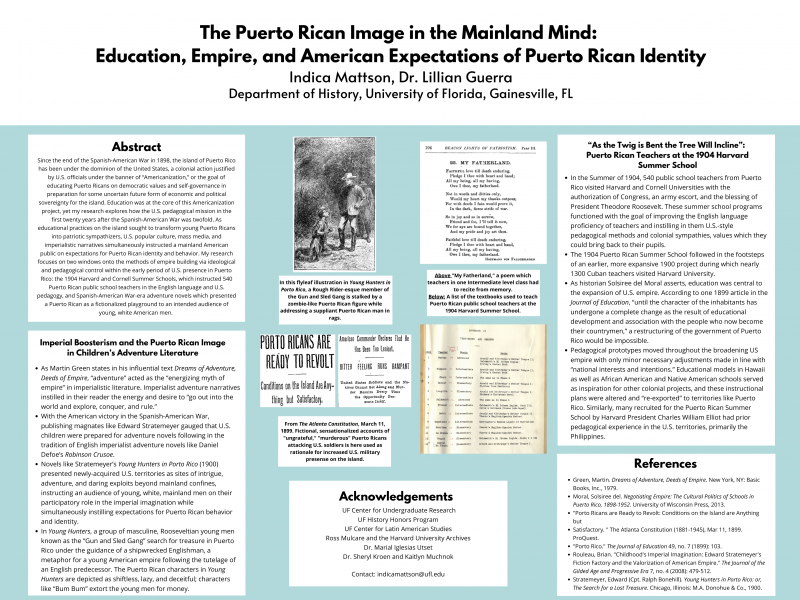