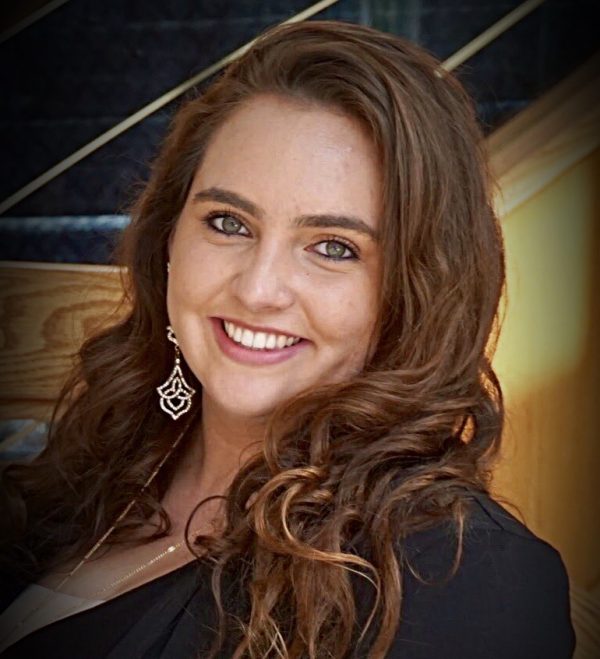 There is limited research investigating acquisition of visually-presented signed words compared to auditory words. This study investigated the impacts of modality of word presentation on learning an associated meaning, modality of meaning presentation on learning an associated word, and the impact of crossing modalities on recall of learned associations. Participants viewed short videos of a person saying a non-word or making a sign paired with a picture or a written definition. Outcome variables were accuracy and response times for recall of meanings.
The analysis of accuracy revealed a significant interaction between presentation and meaning modality. Accuracy in the word-picture condition was at ceiling and, thus, significantly greater than accuracy in the word-definition and sign-picture conditions. Analysis of response times found a significant main effect of meaning. Participants were significantly slower when meaning was presented as a definition compared to when it was presented as a picture. These results suggest that recall of meaning associations with novel signs is equally fast and accurate as recall of meanings associated with novel words. Additionally, they suggest that people recall imageable meanings faster than definitions. Finally, results also indicate that typical adults retain a robust ability to learn word-picture associations, likely developed in childhood. 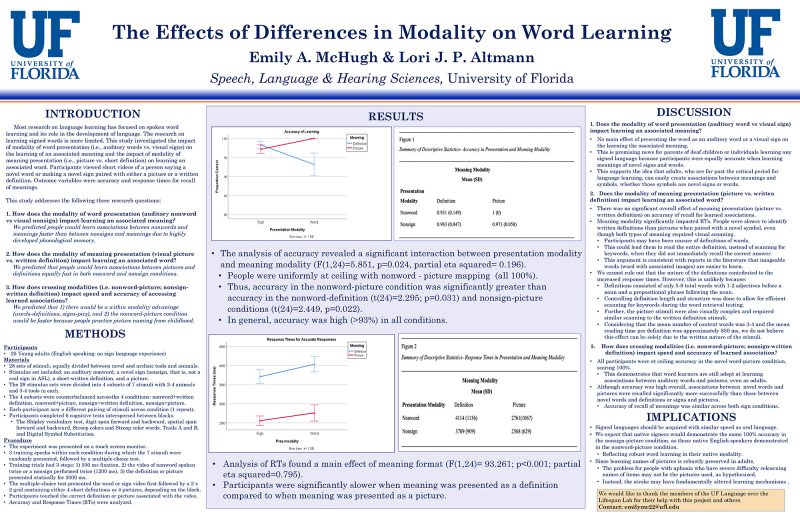