Osteoarthritis (OA) is a progressive disease characterized by joint degeneration, resulting in varying degrees of pain. However, the role of mechanically activated ion channels in OA etiology is not fully understood. The Piezo1 gene encodes for a protein that links mechanical forces to biological signals. The focus of this study was to quantify the effect of a Piezo1 knockdown on relative expression levels of extracted fibroblasts and chondrocytes. Menisci and the femoral head were extracted from each leg of four mouse cadavers. For fibroblast extraction, menisci were placed in a solution of Dulbecco’s Modified Eagle’s medium (DMEM), 1% penicillin/streptomycin, 0.2% collagenase II, and 0.2% collagenase I. Chondrocytes were extracted by digesting the femoral head in a solution containing DMEM, 1% penicillin/streptomycin, and 0.2% collagenase II. The tissues were strained (40 µm cell), centrifuged, and plated in two separate plates. In one plate, Piezo1 was knocked down, using a lentivirus vector. Reverse transcriptase quantitative polymerase chain reaction (RT-qPCR) was performed using three different piezo1 primers and GAPDH. Knockdown efficiency was determined by comparing relative expression levels between the two plates. This study establishes the framework for our future studies investigating the effect of piezo1 knockdown on OA progression and severity. 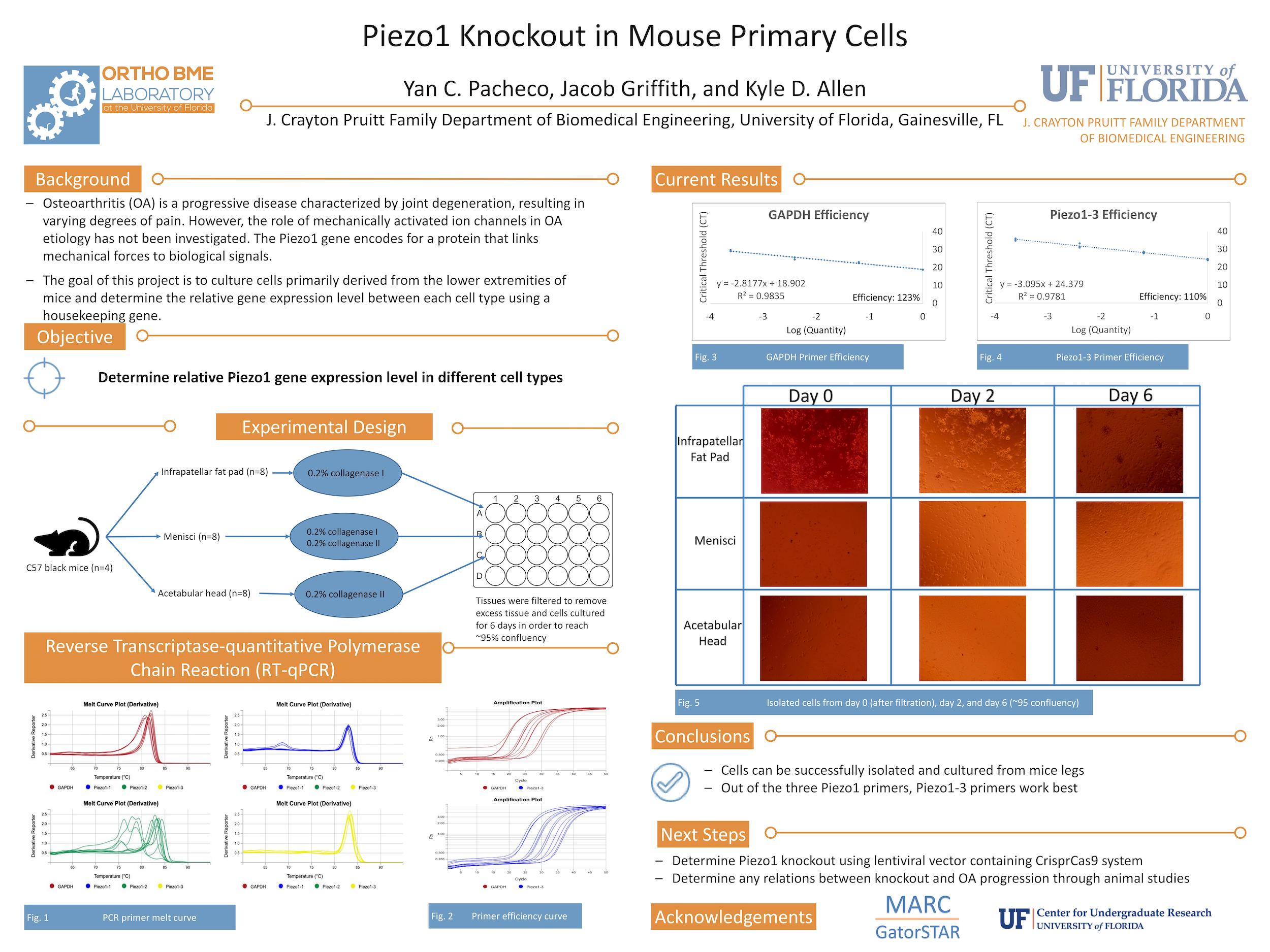