Elucidating the Biosynthesis of Microviridins: A Structural Approach

Microviridins are ribosomally-synthesized and post-translationally modified peptides (RiPPs). These metabolites are produced by cyanobacteria and have unique tricyclic cage-like architectures that confer therapeutically relevant activity as serine protease inhibitors. In order to elucidate the biosynthesis of microviridin J (from Microcystis aeruginosa UWOCC MRC), this project aims to structurally characterize MdnD, an N-acetyltransferase thought to acetylate the core peptide region of the MdnA precursor at the N-terminus. Co-crystallization of MdnD with acetyl-CoA and the deacetylated microviridin J substrate has yielded a variety of well-formed needle-shaped crystals using the sitting drop vapor diffusion method. These crystals will be analyzed at Argonne National Laboratory for X-ray diffraction (XRD), and further optimizations can be performed to yield high resolution enzyme structures based on the initial data from XRD. MdnD homologs from Scytonema sp. HK-05, Cyanothece sp. PCC 7822, and Planktothrix sp PCC 11201 are also being screened for crystallizability. Future work will involve exploration into the synergistic relationship between MdnD and MdnE transmembrane protein. Enzyme structures for this pathway can be used as a basis for rational protein engineering to generate novel, medicinally-relevant analogs. 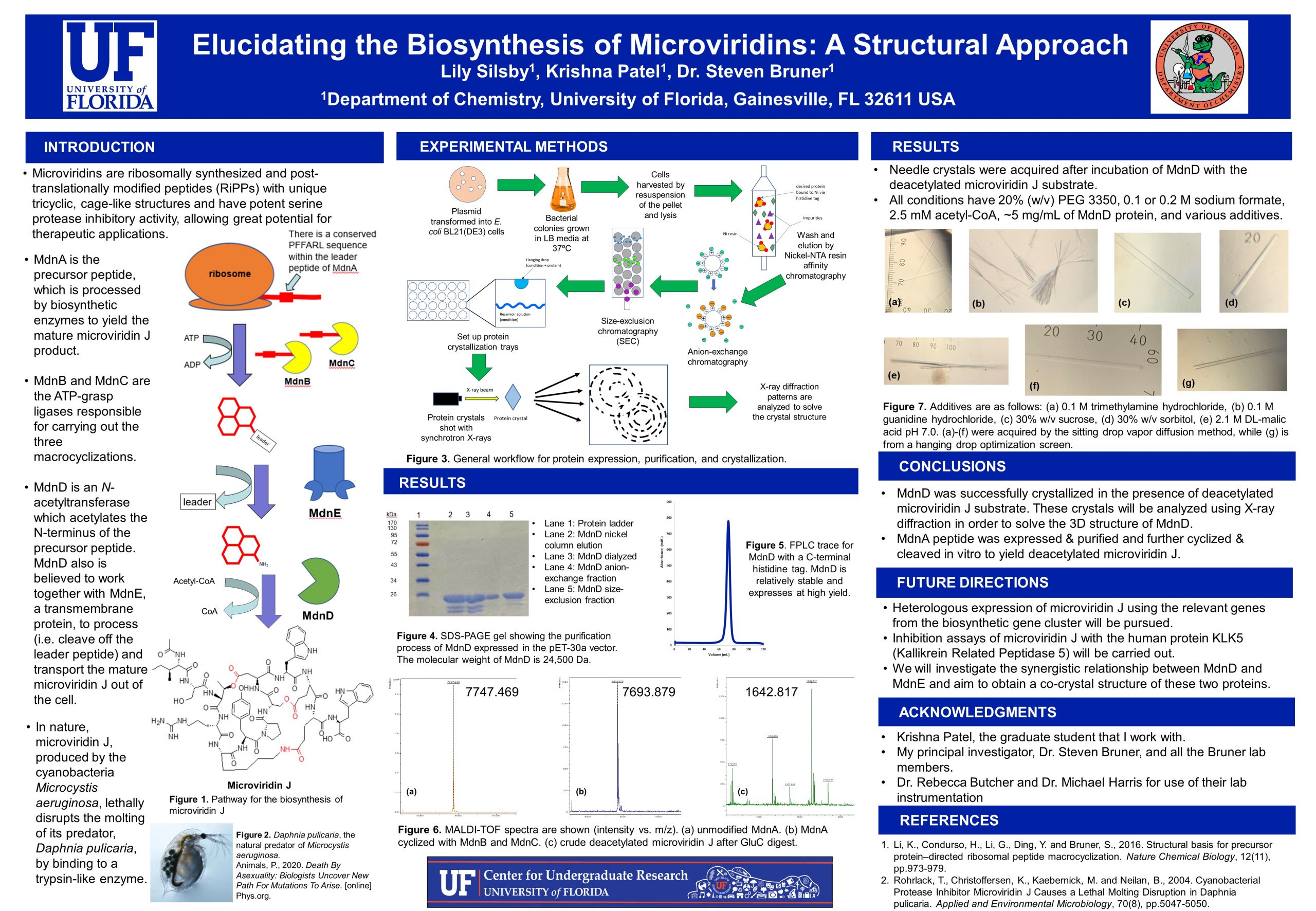