The History of Irish Whiskey in the Early 20th Century

If someone were to visit the museums dedicated to the history of Irish whiskey, they would hear a consistent narrative: that Irish whiskey once dominated the market in the western world, before the alcohol prohibition in the United States in 1919 brought a swift collapse to the once-thriving industry. This narrative, centered on the American Prohibition, is often repeated in journalistic accounts. But the narrative has never been subject to scholarly scrutiny, and appears to be misleading, at best. The purpose of this paper is to address the complex nature of the downfall of the Irish whiskey industry, highlighting the alternative conflicts which caused its near-complete demise. Most of the company records are stored internally, making it difficult to determine the exact nature of external involvement on Irish whiskey. However, using other public documents, this paper will be one of few to question the Prohibition narrative. Rather than focusing on the closing of the legal market in the US, this paper explores such avenues as the mergers of prominent whiskey distributors of the time, the imposition of taxes by the British and subsequent Irish government, the alliances based in the British Empire, and the influence of leaders of organized crime. 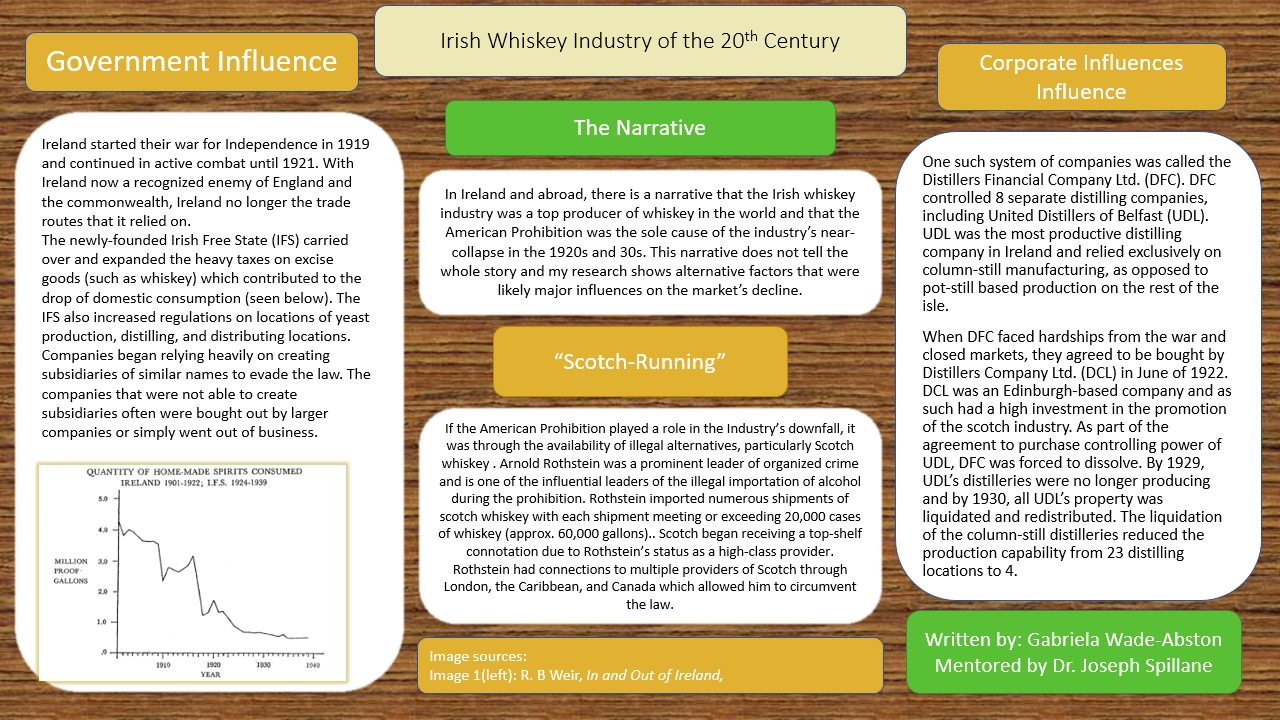