Path Toward a New Discourse: Defining and Sharing Experience in #MeToo and The Tenant of Wildfell Hall

In the modern age of social media, experiences are shared in greater numbers and on a broader scale than ever before. However, even in this period of mass sharing, some still struggle to be heard and understood as their experiences are suppressed and excluded by the dominant discourse. Joining the ongoing feminist discussions surrounding suppression of the female voice and experience, this paper looks at The Tenant of Wildfell Hall, a 19th century novel by Anne Bronte, and the social media driven #MeToo movement to better understand the suppression of female experience. It suggests that the #MeToo movement has, in part, been successful in expanding the discourse of female experiences of sexual assault and harassment because of its ability to facilitate the open-ended sharing and defining of female experience. Further, this paper considers how a fictional novel and a social media movement, separated by over 150 years, can be brought into conversation with one another and, in that critical act, become a new location for sharing and re-defining female experience. 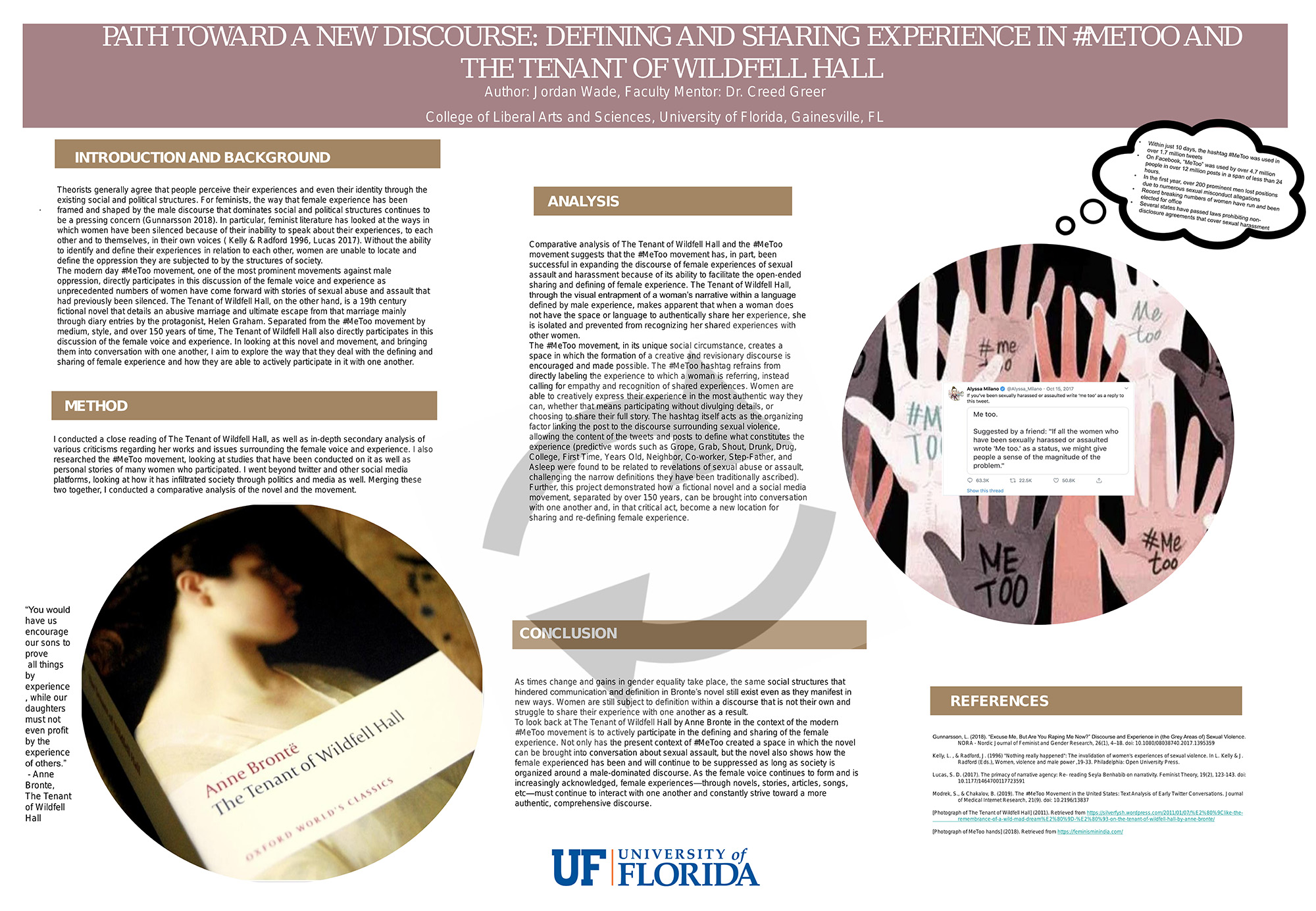