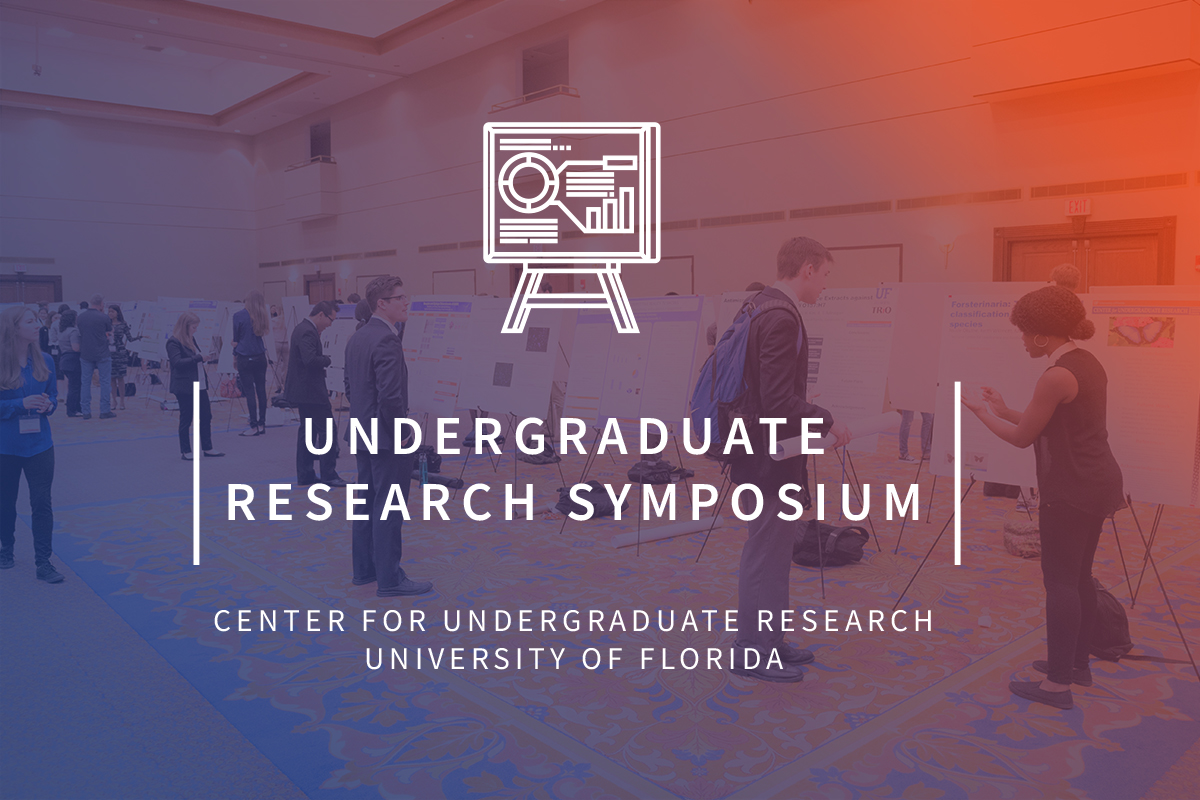 “We never seriously considered not doing it.”

Instead of canceling its annual symposium, the Center for Undergraduate Research created an interactive online research event for 400 students in just a few weeks. Here’s how.

In mid-March, just three weeks before the University of Florida’s undergraduate research symposium, Anne Donnelly realized that the event — which more than 400 students had prepared for all year — couldn’t go on as planned.

With COVID-19 spreading through Florida, gathering hundreds of students, faculty and observers in UF’s Stephen C. O’Connell Center was unimaginable. So Donnelly, director of the Center for Undergraduate Research, turned to her assistant director, Jennifer Moses, for a tough discussion on whether they’d have to cancel.

“That took about five seconds,” Donnelly said. “We never seriously considered not doing it. Neither of us have that gene that allows us to think we can’t do something.”

Instead, they created an interactive virtual symposium where students presented via video and responded to comments via the event website and Zoom, generating nearly 4,000 comments on 360 research projects.

“The students were so appreciative,” Moses said. “They have worked hard on their research over the year, and to not have an opportunity to present it — especially the seniors that are graduating — neither Dr. Donnelly nor I wanted that to be the case.”

Donnelly and Moses shared what they learned that could help create virtual versions of other cancelled research events.

1. Define what you need from participants

The students had already submitted their names, head shots, abstracts and titles. All they needed was a high-res image each poster and short videos that would replace face-to-face explanation of the research findings.

“We sent out a mass email to all the people presenting at the symposium saying, please, we would still love to do this with you,” Moses said. Some students panicked at the thought of creating a 3-minute video, but the vast majority managed it, even groups whose members had scattered far from Gainesville.https://www.youtube.com/embed/27V8TomgVk0?rel=0

2. Set up a system for intake

Moses requested the videos and poster images via email, which packed her inbox with hundreds of messages. If she were to do it over again, she said, she’d set up a Dropbox or other file-sharing method that gathered all of the responses in one place.

“The hardest part was just managing all that data coming in,” she said. “There were a lot of lessons learned.”

Number one: Ask students to title their files with their name so they can be matched with the right project when uploaded to the website, Moses said.

Moses was able to create a WordPress template for the students’ pages, but if you don’t have that expertise on staff, try your IT department, she said.

The Center for Undergraduate Research relied on its student executive board, which normally would have helped with the in-person event, to get the submitted material loaded onto the WordPress site Moses created. Working remotely, the 15 students were able to do in an hour what would otherwise have taken days.

“We cannot overemphasize the importance of the students,” Donnelly said. “You have to have help.”

“I could design a page, save it as a custom template, and we could just copy and paste it on any amount of pages that we wanted,” she said.

She also used a plug-in to help her moderate comments during the event.

5. Protect the participants and their research

Because most of the research being presented is unpublished, Donnelly and Moses wanted to be sure to protect the students’ and faculty members’ intellectual property. They achieved this by putting the site behind a university login where students, faculty and staff could sign in using their UF credentials.

To prevent inappropriate feedback, Moses made sure to review and approve comments before they went live on the site.

“There were only one or two comments I had to delete,” she said.

After the event, students could choose if they wanted their page, with or without comments, to be available publicly without a UF login. Most opted in.

While Donnelly and Moses aren’t eager to work under such an extreme time crunch again, they’re thrilled with the result and the interaction each project received. Donnelly says faculty were likely even more engaged than usual, simply because it was so convenient to browse the projects on the site.

“The students are feeling disconnected. We just really wanted to provide a safe home for them for two hours and give them some interaction,” Moses said. “It just felt like we just really represented the college in a good way that day.”