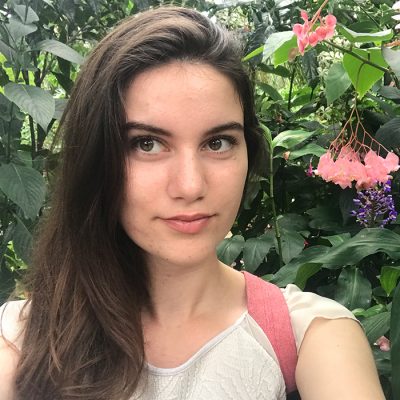 Student NameDaniella Orbe
Faculty Mentor NameYoussef Haddad
CollegeCollege of Liberal Arts and Science
MajorLinguistics
Research InterestsHeritage speakers of Arabic in the United States and their ability to communicate with each other solely in Arabic
Academic AwardsFlorida Bright Futures Scholarship
Hobbies and InterestsTraveling, learning new languages, spending time outside and staying active, spending time with my family

In the Arab world, native Arabic speakers commonly grow up with two varieties of Arabic: Modern Standard Arabic (MSA), which is acquired through schooling, and the local dialect, which is acquired in the home. This language duality is known diglossia, a situation in which two language varieties are used under different conditions and contexts. MSA is typically used in academic, professional, legal, and religious affairs and is therefore perceived as the higher variety, while colloquial varieties are used in all other casual contexts, therefore perceived as the lower variety. Native Arabic speakers who were born and raised in an Arab country not only experience diglossia but also cross-dialectal communication on a regular basis; they communicate in their local variety, and they are exposed to input from MSA and other varieties at school and through media outputs on a regular basis.