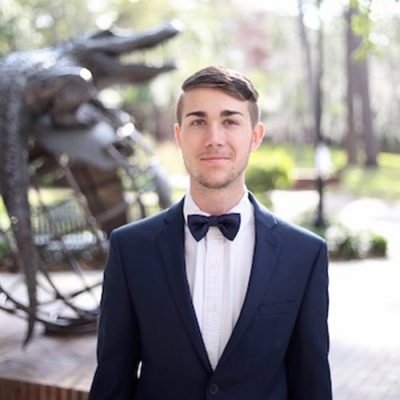 The United States is currently fighting a plague of opioid overdoses. According to the National Center for Healthcare Statistics, in 2017 alone, over 49,000 Americans died from associated causes. Opioid use disorder has also shown to have strong ties to post-traumatic stress disorder; research showing that it is common for a patient with OUD to also have PTSD. The Knackstedt lab has developed a rodent model of PTSD in which male Sprague-Dawley rats are exposed to a predator stressor once for 10 minutes. A week later, they are assessed for signs of anxiety using two behavioral tests – the elevated plus maze and acoustic startle response. Approximately 20% of rats are “stress-susceptible” and develop long term anxiety after exposure to the stressor, akin to the proportion of humans developing PTSD after experiencing a trauma. Further, 20% of rats are “resilient”, showing no anxiety while the remainder are intermediate between the resilient and susceptible phenotypes. Our lab has found that susceptible rats display greater cocaine-seeking than resilient rats and non-stressed controls. We plan to test the hypothesis that male Sprague-Dawley rats that are susceptible to a predator stressor will exhibit more oxycodone seeking behavior compared to rats that are resilient to stress.