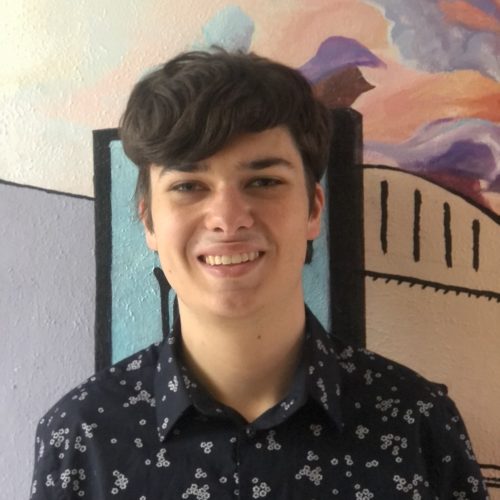 Chemistry and Microbiology and Cell Science

Undergraduate Research Assistant in the College of Medicine

In the Bird Lab, a  major protein of interest is Myosin 15, a motor protein involved in the construction of stereocilia, mechanosensory actin bundles projecting from hair cells in the cochlea. Myosin 15 controls polymerization of actin to form stereocilia, and mutations in Myosin 15 cause non-syndromic human hereditary deafness. How Myosin 15 regulates actin polymerization is a critical question, and I hypothesize that Myosin 15 does this by interacting with other regulatory proteins in stereocilia. One such protein is the Calcium and Integrin-Binding protein (CIB), which is a known component of the mechanotransduction ion channel complex. From my initial experiments in the Bird Lab, I have shown that CIB2 can interact with Myosin 15. The goal of my proposal is to characterize this interaction and discover how it regulates the function of Myosin 15. I will perform protein-binding experiments, including co-immunoprecipitation from cell lines and in vitro binding assays with CIB2 and purified Myosin 15, which the Bird Lab routinely purifies from the Sf9 insect cell system. I plan to study whether other members of the CIB family (CIB1 and CIB3) can also bind to Myosin 15. I will use domain analysis to determine if the CIB proteins bind to the IQ domains of Myosin 15 or to a different peptide region. I will also perform biochemical assays using the Myosin 15 motor to determine how the CIB proteins can regulate its activity. This will include enzymatic assays to measure the ATPase activity of Myosin 15 as well as microscopy based gliding filament assays to measure its mechanical ability to generate force. Once I have characterized the Myosin 15:CIB complex, I plan to investigate if the F91S mutation in CIB2 can alter its function. The F91S mutation causes Usher syndrome, a devastating childhood disease with deaf-blindness as its main symptom.

If I can successfully characterize the effects of CIB-binding to Myosin 15, this would lead to a better understanding of a component of the mechanotransduction pathway, and through this, a better understanding of how hearing works overall. With this increased knowledge, those working towards treating hearing loss disorders, especially deafness caused by the mutation in CIB2 (F91S), will be better informed on how to develop treatments that precisely target malformed proteins in the inner ear. Ultimately, this project would be another addition to the global effort to eradicate hearing loss.