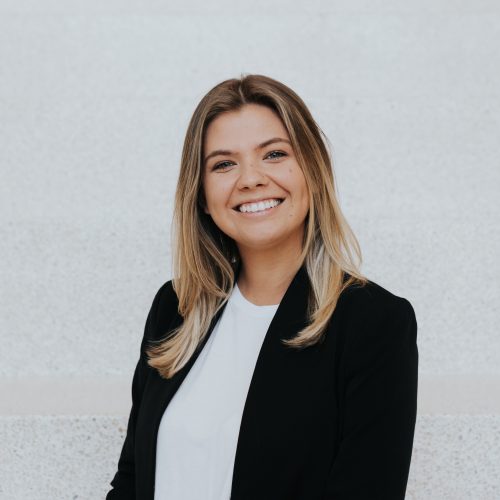 Chi Omega Fraternity, Leadership Development Captain for Dance Marathon at the University of Florida, Recruitment Counselor for the Panhellenic Council

Clonal Hematopoiesis (CH) is a clonal expansion of a mutant hematopoietic stem cell (HSC), often carrying specific mutations, but not an overt malignancy yet. There are 50,000 to 200,000 HSCs in each individual bone marrow which are responsible for daily hematopoiesis. Conventionally, every hematopoietic stem cell contributes evenly into (0.0005-0.02%) mature daily mature blood cell production. However, when a somatic mutation occurs, such as in the DNMT3A gene, the mutant HSC proliferates into a substantially larger proportion (>2%) of all blood cells. Presence of CH is associated with higher overall mortality, yet it is only partially explained by an increased risk of subsequent hematopoietic malignancies. It is important to investigate the health impact of CH in other disease settings. For example, in patients with solid tumors, CH is more frequent than in age-matched tumor-free population and associated with adverse prognosis, including in colon. Colorectal cancer is the second most common cause of cancer-related death in the U.S. We hypothesize that DNMT3A-driven CH leads to a more aggressive phenotype of colorectal cancer due to imbalanced tumor microenvironment. To test this, we established a mouse model of CH by transplanting bone marrow of Dnmt3a-mutant (or wild-type control) animals into congenic wild-type recipients. We then induced colitis-associated colon cancer via the well-described AOS/DSS method. In order to assess the severity of resultant cancer and perturbations of its microenvironment, we harvested colons from animals grafted with Dnmt3a-mutant and control bone marrow. Immunofluorescent staining of markers E-cadherin (epithelial cells), CD31 (endothelium/vasculature), F4/80 (macrophages), CD11b (myeloid cells), and CD3 (T-cells) will be performed on colon sections. Findings of this experiment will indicate whether Dnmt3a-driven CH alters tumor microenvironment of colorectal cancer and determine potential targets for therapeutic intervention.