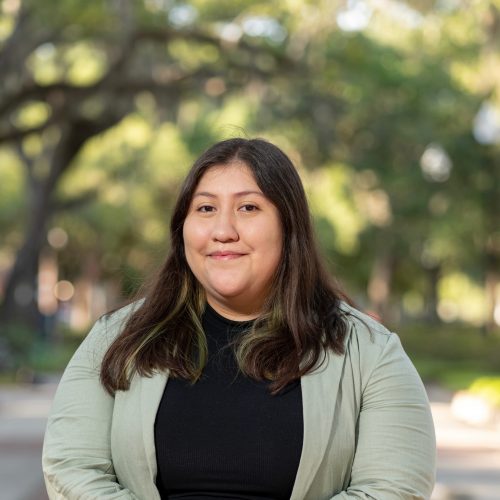 Bilingual speakers engage in code-switching, that is, they alternate between different languages in a single conversation or even a single sentence. Structural linguistics differentiate between two types of code-switching occurring within the same clause (Intra-clause switching), known as insertional and dense. In dense code-switching diverse syntactic elements from both languages occur within the same sentence such as “En la foto, the woman está closing el suitcase next to la parada del autobús”. In insertional code-switching, however, a single word from one language is embedded in the structure of the other language such as “En la foto, la mujer está cerrando el suitcase al lado de la parada del autobús”. This project seeks to determine whether the extent to which (1) insertional and dense code-switching engage similar cognitive control processes (inhibition), and (2) examine how these control processes modulate conflict adaptation in a non-verbal task.