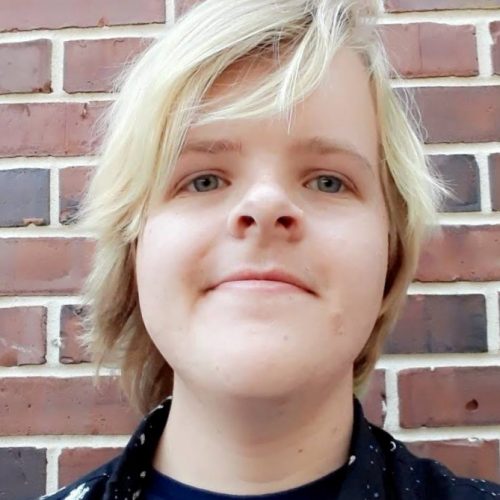 TA for Potterology and SOFA for HP camp

I enjoy gardening, fish keeping, and playing with my 5 cats.

I aim to make a map of the ionized gas in our Galaxy so we can look for HII regions and supernova remnants that are hidden behind extinction. While the Galaxy has been surveyed very thoroughly in optical recombination line emission (H-alpha), there were no surveys sensitive to extended emission at high extinction prior to the MIRIS mission. The Multi-purpose Infra-Red Imaging System (MIRIS) is a Korean small satellite that surveyed the Galactic plane in the Pa α band in 2013. MIRIS has a pixel scale of 51.6 arcseconds and a field of view of 3.67×3.67⁰. My work is also intended to develop tools that will support the proposed PASHION project. It is in direct support of a future space mission to be led by UF Astronomy. While MIRIS includes both an on- and off-band filter, the cross-calibration between these filters is poor, and a straight subtraction of MIRIS PaA – MIRIS continuum produces poor results. The problem is partly that the filter calibration factor changes from pixel to pixel because each pixel contains a significantly different stellar population.

I will fix this problem by modeling the stellar population in each pixel to infer the correct filter calibration factor. I will do this using stellar atmosphere and stellar population models to refine existing data from MIRIS in each pixel to infer the correct filter calibration factor. I will use TRILEGAL, a web-based code service that simulates stellar photometry based on a model of the Galaxy’s stellar population, to generate unresolvable stars. I will also use the Coelho spectral-energy density (SED) models, which are spectral models for stellar atmospheres. For TRILEGAL generated stars fainter than 16 magnitude in the K band, corresponding Coelho models were found by comparing first the temperature then the surface gravity of the stars to those of the Coelho models. I modeled the average SEDs for various magnitude intervals and then used TRILEGAL to obtain collections of stars in the magnitude ranges of 6-7, 7-8, …, 17-18 for the K band. For each of those stars, I used the Coelho models to calculate its expected SED and then averaged those SEDs together. I will use these SEDs to calculate the expected flux in PaA and continuum bands for every region corresponding to a pixel in MIRIS. By scaling this model determined flux to match the existing MIRIS data, this will allow me to perform the on-minus-off filter subtraction accurately and produce a pure Paschen Alpha map of the Galaxy.