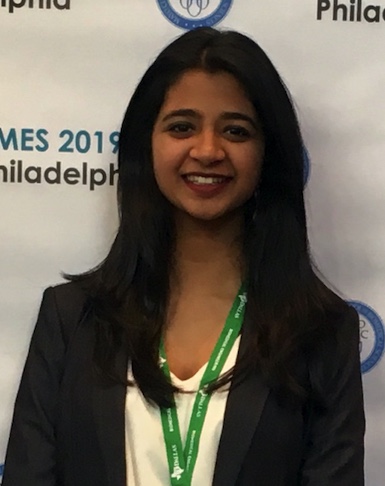 There are many clinical scenarios in which early detection of changes in the heart’s functionality can be critical in determining whether to maintain or modify a patient’s treatment plan. A new metric coined Global Longitudinal Strain (GLS) is supposedly more sensitive than conventional LVEF methods to quantify changes in the heart function. The goal of this project was to conduct a rigorous analysis of the limitations associated with GLS with regards to selection of the long-axis slice orientation.

High resolution magnetic resonance imaging (MRI) scans of an isolated canine heart undergoing passive inflation were acquired. Twelve long-axis views were prescribed radially about the LV central axis. In each view, points were placed along the inner contour of the LV to create an arc. The percent difference in the arc length from systole and diastole was calculated to produce a GLS estimate for each view.

The GLS values ranged from 0.42 to 10.42 over the 12 views. The slope for the line of best fit for GLS over the range 75 to 105 degrees was 0.1199, meaning that for every degree away from 90 an error of 2% is added. A limitation associated with GLS is that there is a large inter- and intra-patient variability depending on which angle is chosen for the viewing perspective. Going forward, this project can attempt to correlate GLS values with a concrete cardiac metric or focus on designing a metric that can produce a more accurate measure of cardiac function.