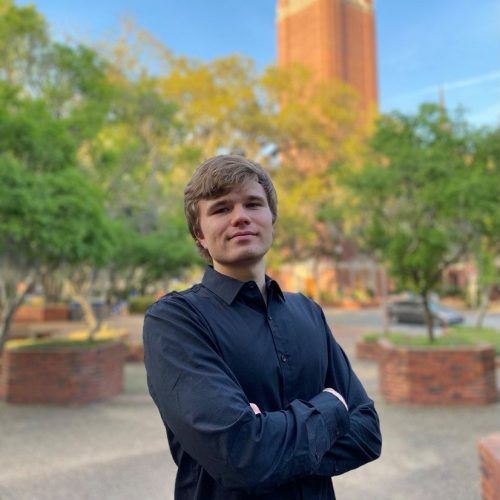 Survival analysis is an area of statistics which focuses on modeling the time until a subject (e.g., a cancer patient) undergoes some event (e.g., tumor recurrence or death) given a set of predictors (e.g., a gene expression profile). One of the most important models in survival analysis is the accelerated failure time (AFT) model. Generally, there are two popular approaches to fitting the AFT model: weighted least squares and rank-based estimators. In this project, we compare a weighted least squares approach proposed in Huang et al. (2006) to a rank-based estimator known as the Gehan estimator. Through extensive simulation studies, we demonstrate that the Gehan estimator performs much better than the weighted least squares approach under a variety of different settings. In order to compute the Gehan estimator, we derive and implement an alternating direction method of multipliers (ADMM) algorithm. Prior to our work, there was no software or algorithm capable of efficiently solving the necessary optimization problem on a large dataset. Thus, we provide an effective computational tool for fitting the rank-based Gehan estimator with a wide range of penalties which can be used to deal with high dimensional data. Finally, we apply our software for fitting the Gehan estimator to study the KIRC dataset from the Cancer Genome Atlas Program in order to identify groups of genes influencing the survival times of cancer patients.

Hover over the image below to zoom in or click to view full screen. 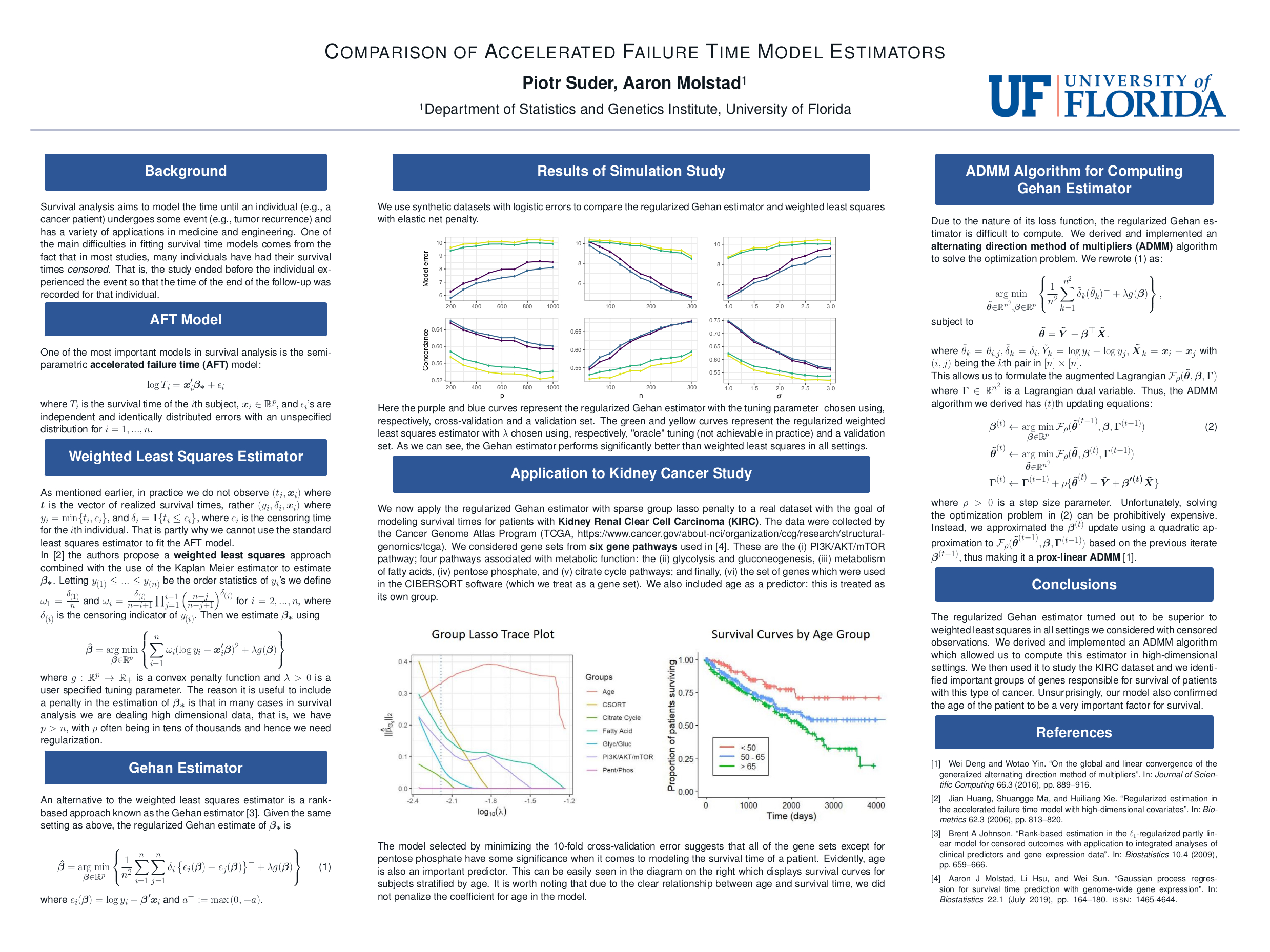 View a 3-minute research pitch below.

To comment below, please sign in with Facebook or Google (using your ufl account) by clicking the little round icons to the right. If you decide, you can post as a guest by entering name and email below, but will lose some features. You can also subscribe to a students page to get updates on comments!